The Most Dangerous and Highest Paying Jobs For Bodyguards 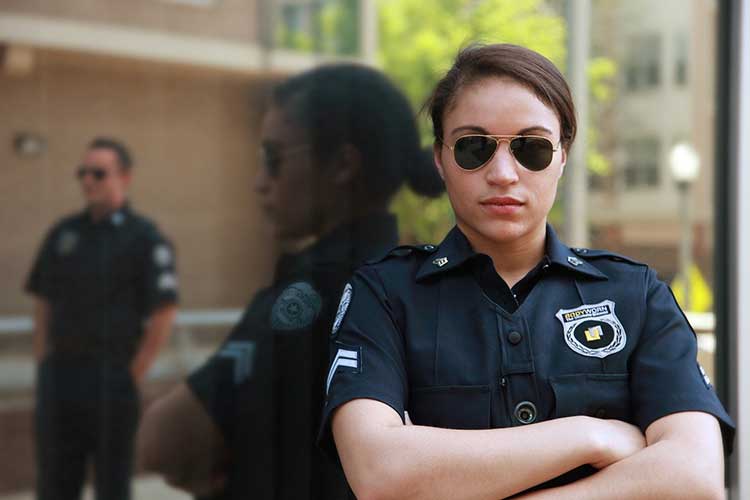 The show has and you're tasked with getting your celebrity home safely. You take the back door, but what you don't know is a mass of fans have figured out your escape route they surround you and the star they adore.

You don't only have to protect this person from being overwhelmed by the adoring fans, but there's always a chance that there's a crazy stuck or skulking somewhere in the melee. There might be someone who has a grudge against this person. Maybe they took offense to a certain tweet and are seeking revenge. You're like a machine scanning everyone around while ushering your star to the car, anything could happen and you're willing to put yourself in front of a bullet if need be.

Getting Paid as a Bodyguard

One thing is for sure, you should be getting a nice pay packet for this job. But how well are famous people's bodyguards really paid? Let's find out.

Somebody guards will tell you that their clients aren't always that well known. In some cases, a person will hire a bodyguard because it makes them look important. It's an esteem thing. These bodyguards are still going to have to be trained in things like crowd control weapons, use martial arts, and have a very good awareness of what's going on around them.

But if they're starting out and are hired by someone who just wants to show off, they'll likely get something in the region of 50 bucks an hour. There’s a company in the USA where a bodyguard was be hired from by a private client. That client wasn't famous or anything but wanted some protection at a funeral where they were going to be a lot of emotional people, the bodyguard for that job was paid $75 an hour.

Then we found another case when the Superbowl was on and people working with the NFL were all staying at a resort. It wasn't likely that anyone would cause trouble at the resort, but two bodyguards were hired. The cost for each bodyguard was around $150 an hour, and they had to stay on site all day.

Let's also remember that if those bodyguards are hired from a company, then the company takes its cut. So not all that money is actually going to the person who was guarding word on the street is that if you choose a company that offers very low rates, you'll get what you pay for steel if you just want to show off a little bit, a $20 an hour bodyguard works.

The people who ensure the safety of the president as well as the vice president, former presidents, the families of all those people, and also heads of other countries visiting from certain countries work for something called the United States Secret Service.

Those guys that always seem to be wearing sunglasses, they do a lot more than just stand around at public events and monitor crowds. But that is one part of their job, and overall you're going to need a lot of training for this position. It also goes without saying that your background check must be spotless.

There are a lot of positions. So wages vary, but let's say you're one of the most trusted agents and at the top of your game, if that's you, you could be getting a yearly salary of $197,300.

Let's say you've been hired by some dude that isn't exactly on the front cover of Gossett magazine every month, but is an up and comer. These people might not really need a bodyguard. But again, in some cases, they might like all the attention, so it's likely that this B Lister will be paying in the region of $100 an hour for this body guard.

Sometimes those people just want to create a buzz around them, and there's likely not much of a threat to them. Sometimes someone has said something on social media and that has made them worried.There’s found a guy who had a part in a TV series ‘No Ordinary Family’ and he said he hired a personal bodyguard because of something that had been said to him on social media. It wasn't because he was worried about getting mobbed by fans.

These are the people who are very well known but perhaps can't be said to be in the spotlight that much anymore. There was an Israeli bodyguard who said he worked for the rock legend Ozzy Osbourne, he said he teamed up with other former Special Forces bodyguards and they get the talking about how much they were all paid.

He said none of them were hired by the most famous people out there. But with people like Ozzy, who is still pretty famous, the guy said it seemed the average wage between them was something like $5,000 a month. But he said that was many years ago. Maybe it's more like 10,000 a month these days. He also said that if the person was more famous, it's more likely they'd be paid in a region of $30,000 a month.

One need only look at some of Hollywood's biggest names including the man sometimes called the king of Bollywood, Shah Rukh Khan. He has a bodyguard named Ravi Singh and that guy gets a lot of cash for his protection of the Bollywood star: it pays him about $350,000 a year.

There’s bodyguard named Shira and he was paid something in the region of $300,000 a year. This is the man that took care of Justin Bieber when he was on tour in India.

This man and his company actually filed for bankruptcy. But that was after the woman he was protecting—one Kim Kardashian—was robbed in Paris. She later sued him for $6.1 million. The thieves got away with around $10 million worth of jewelry. This guy had been the bodyguard for a lot of very famous people, but nowhere can we see what he and his company were getting paid. We're going to guess and say that he was paid in the region of $500,000 a year.

50 cent is no stranger to danger and back in 2009 he said he spent 20,000 a week on security at his home. But that included not just personnel but all the technology that went with it. 50 Cent’s security staff said that the place was so secure, it was practically like a military base. We expect the head of 50 cent security was getting a very big paycheck, but can't find the exact number.

If you've got billions in the bank, you can afford to spend big bucks on bodyguards. Howard Schultz, who was the chairman and CEO of Starbucks is worth over $4 billion. He paid $511,079 back in 2009 for his personal security that year. Such big six figure sums are not unusual for billionaires, but there are others who spent a lot more on their security.

At around the same time as Schultz was spending big on security, the company we all know called Dell was spending a lot more on protecting their man Michael Dell. His around the clock security was costing the company a whopping $1,164,625 a year. People thought it was maybe a little ove- the-top, but the company released a statement saying the board believes that Mr. Dells, personal safety and security are of vital importance.

This co founder of Oracle is one of the richest people in the world with a fortune of around $70 billion. So he can certainly afford to spend a bit on personal security. The kind of security we're talking about here is not just big and burly men that follow you around in public, but about experts making sure security technology is running smoothly in the home.

In 2016, it was reported that Ellison was spending $1.6 million a year on his personal security. This was pretty much the same amount as the richest man in the world Jeff Bezos was spending on his personal security. The problem with citing specific names of bodyguards is that the men and their companies don't disclose much information about who they're paying, and what exactly they're paying for. We just know the numbers because of company filings.

Not all big names in tech spend such big amounts. The CEO of Apple Tim Cook apparently has a security budget of just 224,000 a year.

You might have guessed that this name was coming. And we can tell you that Zuckerberg out-spends the rest easily. He's pretty much the face of tech and there are not too many people who wouldn't recognize him. There are likely a few people out there who bear a grudge against him too.

After being given a timeout on his platform or believing that Facebook is somehow maligned filings that Facebook made with a government told us that in 2018, a massive $7.3 million was being spent on his personal security. This included at his home and when he leaves the house, this amount works out to being about $20,000 a day to ensure Mr. Zuckerberg remains in one piece. And if you add travel costs and keeping him secure while he moves around the globe, the number is more like $22 million.

We should say this means paying a team of bodyguards, but we imagine each member is still on top of this list. Even his right-hand woman CEO Sheryl Sandberg has personal security that costs $1.1 million dollars.

The Morning News is comprised of contents that aim to alter how we look at things around us. We aim to produce news that will keep you going every day. We work with labels and communities to build a community fond of stimulating conversations, awakening topics, and shareable stories that drive robust business and societal outcomes.
Copyright © 2021 MorNews. All Rights Reserved.
Menu
close